Native apps are developed specifically for a particular mobile device and are installed directly onto the device itself. Users download the app via app stores such as Apple App Store, Google Play store, etc.

Before deciding whether to build a native app, you need to know the Pros and Cons of such an approach.

Web Apps are basically internet-enabled applications that are accessible via the mobile device’s Web browser. Users don’t need to downloaded and install the app onto mobile device in order to access it.

The app is written as web pages in HTML and CSS, with the interactive parts in Jquery, JavaScript or similar language. Meaning that single web app can be used on most devices capable of surfing the web, regardless of the operating system they use.

Let’s see what the Pros and Con’ of a mobile web app. 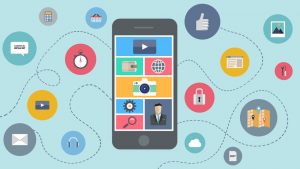 So, which is better – a native app or a web app? It depends on your end goals. If your goal is to establish a broad mobile presence, then you should go for a mobile web app.

If your goal is to provide an application that needs to work more like a computer program than a website, rich with interaction, a native mobile app would be the best choice.

Considering a graduated approach from mobile web app to native app may make sense to many developers wanting to test the waters, however this may limit the scope of what’s intending to be built.